In September of 2001, MTH released their Premier model of the Pennsylvania Railroad H10 Consolidation.  As you can see from the photos, there is a tremendous amount of detail packed into this small locomotive.

The next photo shows the incredible detail on the top of the boiler, including a working bell cord and a whistle cord. 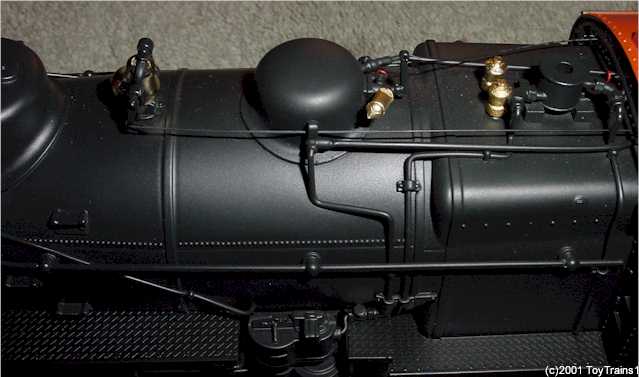 The next photo shows the face of the locomotive - a hard-working freight engine. 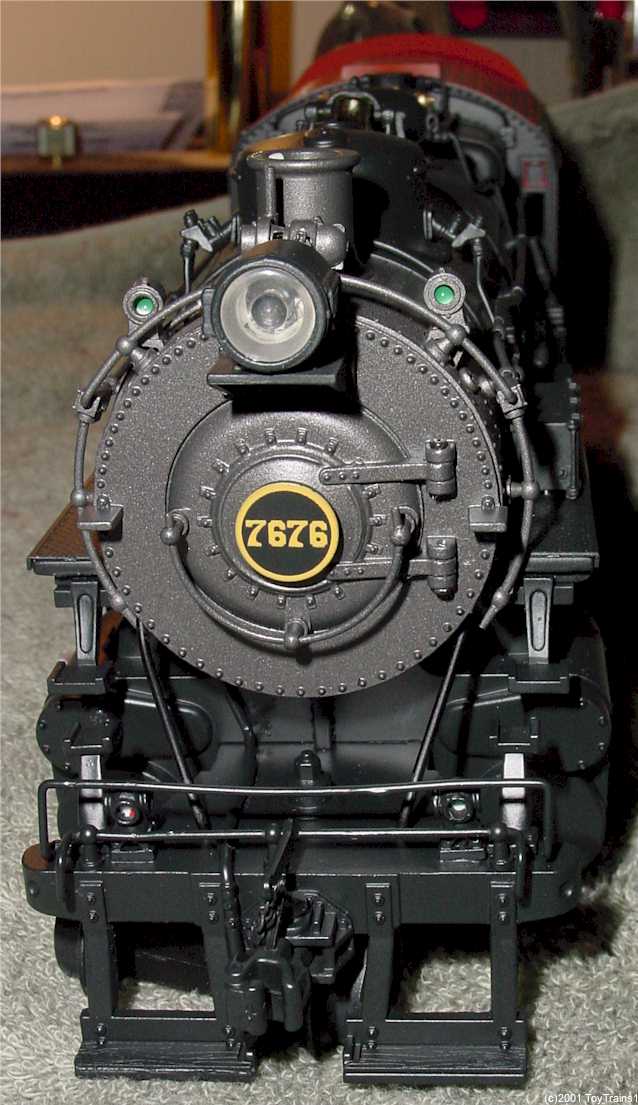 The following photo shows the tender. 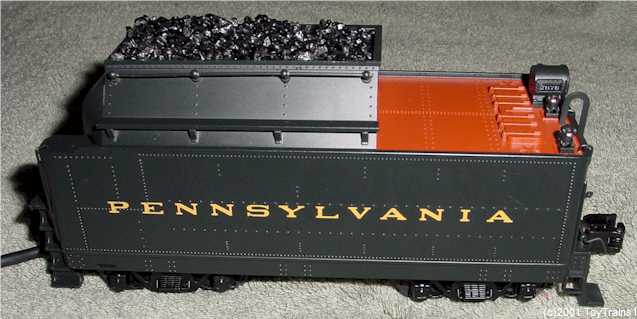 The last photo shows the detail at the rear of the tender. 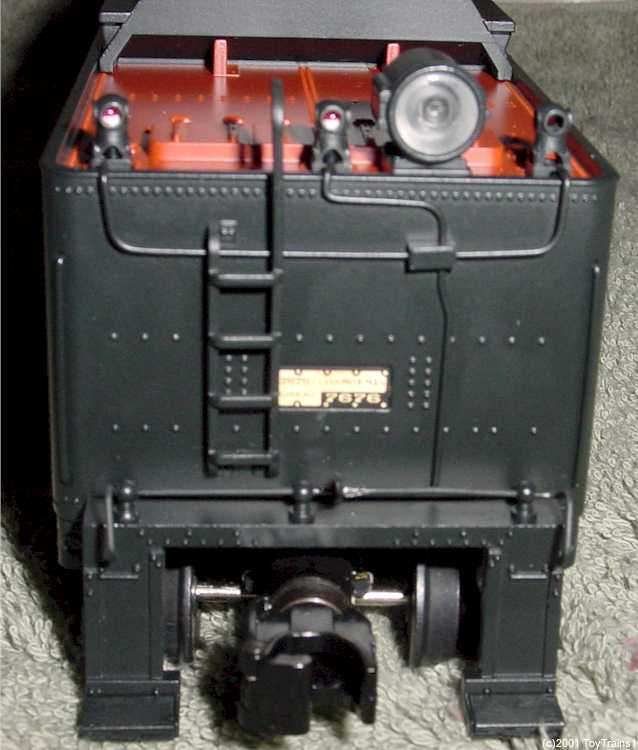 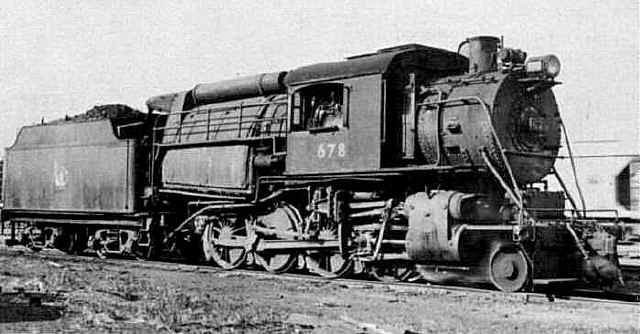 The locomotive above is a 2-8-0 Consolidation, of the camelback type, of the Jersey Central.  Such locomotives were used in freight service.  Another is shown below.

The consolidation camelback shown below belonged to the B&O. 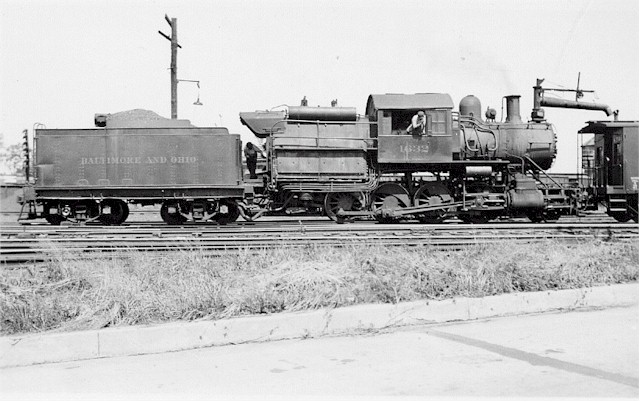 As with many other classes of steam locomotives, camelbacks were the minority of Consolidations.  Shown below is a more typical locomotive, in the livery of the Southern RR.  (That's a replica of one of the very first steamers to its right.) 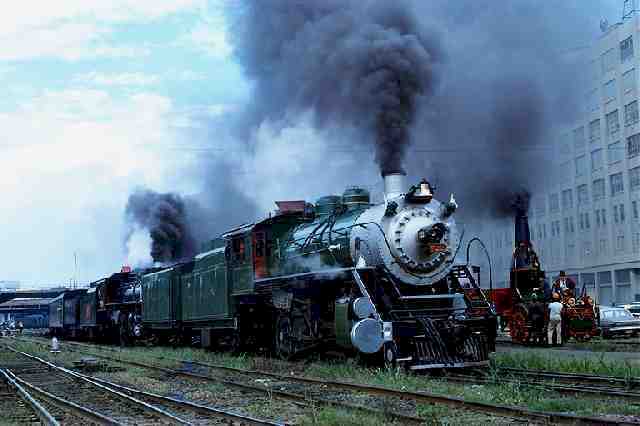 The locomotive below is an early H3 consolidation belonging to the Pennsylvania RR.  It's now preserved in the Railroad Museum of PA. 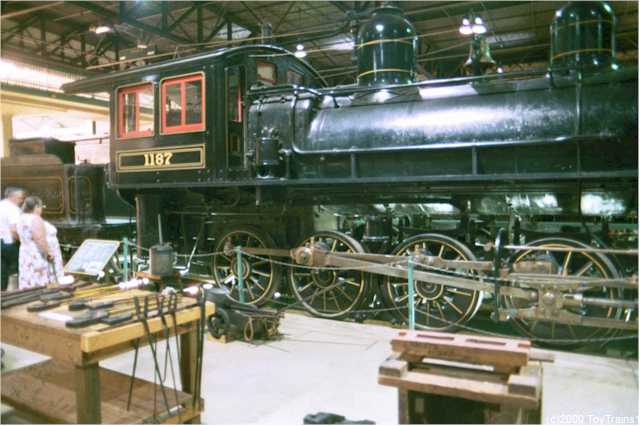 See the 1187 up above?  In early 2005, MTH brought out a Premier line model of this very locomotive!  It is incredibly small (only 16" long) and is one of the most highly detailed models that I have.  Here are some photos.  The first shows the locomotive broadside:

The next photo shows the beautiful tender: 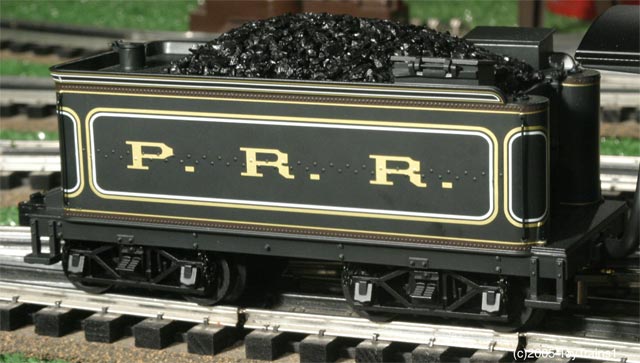 The third photo shows the detail around the cab: 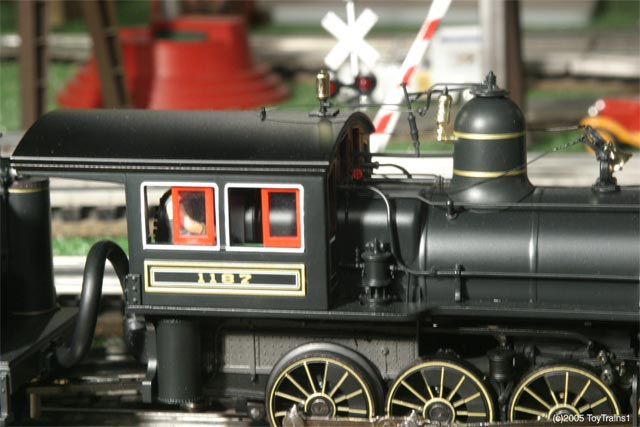 The next photo shows the detail at the front end: 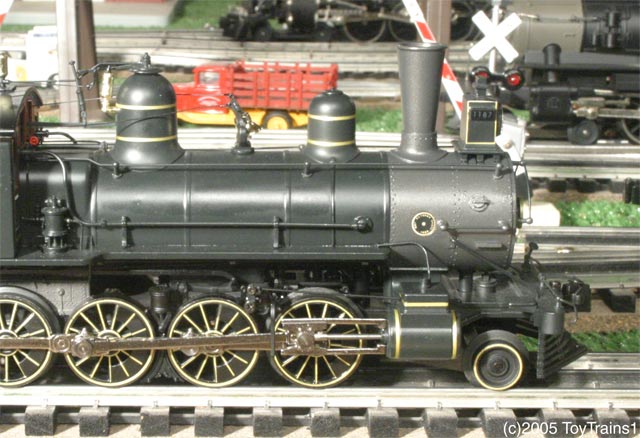 The next is a view from above; note the opening sand dome lid and incredible detail around the steam dome 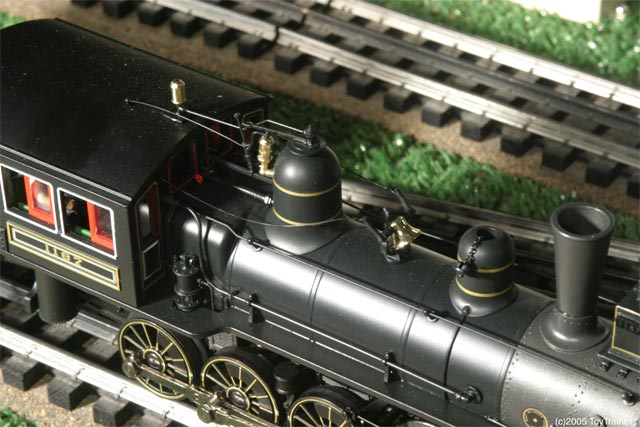 The last shows the locomotive in a timeless pose.

All of the text contained within this page and all of the photographs and videos taken by ToyTrains1 are copyright (c) 2000 - 2020 by ToyTrains1, and may not be reproduced, in whole or in part, without the written consent of ToyTrains1.

If you wish to use any of my content, please see my detailed copyright statement for terms and conditions of use.